← more from
KingUnderground
Get fresh music recommendations delivered to your inbox every Friday.
We've updated our Terms of Use. You can review the changes here.

by Magic In Threes 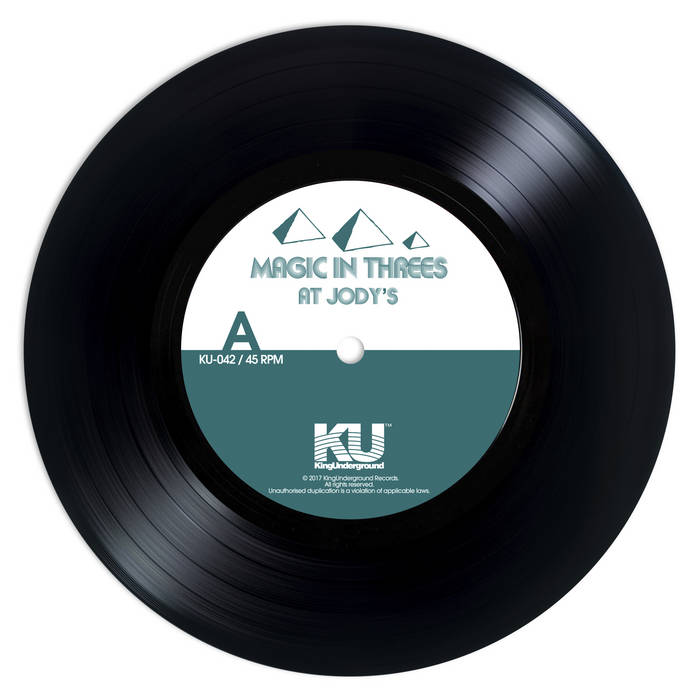 Hailing from Nashville, Tennessee the smoked out instrumentalist trio Magic In Threes are highly influenced by library records, old film soundtracks, and hip hop tapes. They were formed in 2010 as a side project to their work with DeRobert & The Half-Truths. Following a long line of solid and well-received releases on Nashville’s own G.E.D Soul Records, KU started their investigation into the chances of signing the group.

In 2016, Magic In Threes members; Dave Singleton, Nick DeVan, and Mark Spain set a goal to record and release a new track every week. You are about to hear two of them. The a-side “At Jody’s” was recorded at flautist Jody Douglas’s house in the Sylvan Park neighbourhood of Nashville, Tennessee. “Breezy Day” was recorded at DeVan’s Poor Man Studios in Madison, Tennessee. We think you’ll agree, it’s quite blazed out.

Magic InThrees is a Nashville based instrumental combo specializing in psychedelic cinematic-soul. Heavy on atmosphere and dope beats, our style thrives on a healthy diet of library records, hip hop tapes, and herb.